Murray Escapes Basilashvili To Make Winning Return At Wimbledon
atptour.com
Two-time former champion Andy Murray made a dramatic return to singles action at the All England Club on Monday, overcoming a late wobble as he toppled 24th seed Nikoloz Basilashvili 6-4, 6-3, 5-7, 6-3 to reach the second round at Wimbledon.Murray was making his first Wimbledon singles appearance since 2017, when he reached the quarter-finals before falling to Sam Querrey in five sets. He missed the 2018 event due to ongoing recovery from hip surgery, and competed only in men’s doubles (w/Herbert) and mixed doubles (w/S. Williams) here in 2019.Playing in just his fourth Tour-level event of the year, Murray fired 17 aces against Basilashvili as he improved his perfect record in Wimbledon first rounds to 13-0. He is now 3-3 on the season. Murray, currently No. 118 in the FedEx ATP Rankings, had his work cut out for him as he faced the in-form Basilashvili, who has lifted two ATP Tour trophies this season, on Centre Court. The wild card did not face a break point, but was unable to make any inroads in the Georgian’s service games across the first nine games of the set. Murray chipped away at Basilashvili’s aggressive game by adding variety to his groundstrokes, breaking up his opponent’s rhythm and never letting him get comfortable. As a result, Murray earned 39 unforced errors off the Georgian’s racquet in the match, and 13 in the first set. A Basilashvili drop shot attempt into the net took Murray to his first break point at 5-4, which he converted to take the opening set. With the first set under his belt, Murray settled into the match and redirected Basilashvili’s pace as he fired nine winners to take the second. He was nearly untouchable in the early stretches of the third set, with three breaks of serve – including back-to-back breaks to love – putting him 5-0 ahead and closing in on the victory. Heart. Determination. Murray.@andy_murray seals a battling victory on his return to singles action at #Wimbledon, overcoming Basilashvili 6-4, 6-3, 5-7, 6-3 pic.twitter.com/Z2OjYYyrjy— Wimbledon (@Wimbledon) June 28, 2021But Basilashvili refused to wilt away, and the 24th seed took advantage of a spate of unforced errors from Murray to work his way back into the set. He got two of the breaks back as he directed traffic to the misfiring Murray backhand, and saved two match points to close the gap to 5-4. Murray’s first serve percentage took a dive in the second half of the third set (from 84 per cent in the first set to 56 per cent) as Basilashvili kept the pressure on. The Georgian broke twice more, and Murray struck his 13th unforced error of the set to give Basilashvili a lifeline in the match.View Monday's Schedule | Listen To Radio Wimbledon | List Of Broadcasters (PDF)After a brief pause in play to close the roof over Centre Court, Murray came back swinging in the fourth set as he edged his way in front after three straight breaks and held serve for the first time in six service games to lead 3-1. That would prove to be decisive as, nearly one hour and a half after his first match points, Murray once again arrived at match point. This time, he claimed the victory to see off Basilashvili and book a place in the second round. Murray will next face either German qualifier Oscar Otte or French qualifier Arthur Rinderknech. Otte and Rinderknech were deadlocked after three hours and 39 minutes in the fifth set at 6-4, 3-6, 2-6, 7-6(5), 9-9 when their match was suspended due to darkness. Rinderknech claimed the first set while Otte took the next two, before the Frenchman sent them into a fifth. Did You Know?Murray is contesting his 51st Grand Slam event here, extending his record for most Grand Slam appearances by a British man in the Open Era. He claimed sole ownership of the record, ahead of Tim Henman, by contesting his 50th Grand Slam event at Roland Garros last year.
mehr auf atptour.com

Having eased past Yannick Maden in the first round of the ATP Challenger Tour event, Murray had no answer to Safiullin - who eased to a 6-2 4-6 6-1 victory.

Tennis - In the last round-robin match at the 2019 ATP Finals, Roger defeated Novak in under 75 minutes 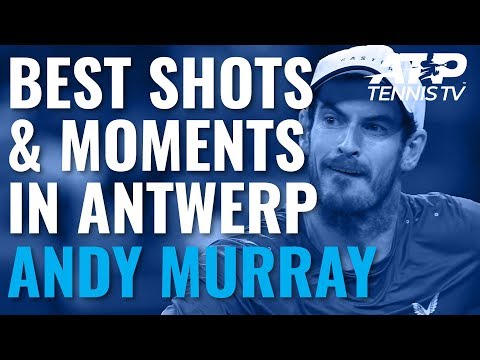 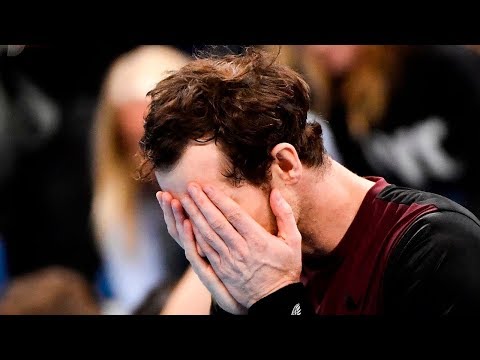