Broncos HC Vic Fangio compares Tyreek Hill to Bo Jackson, Deion Sanders
yardbarker.com
Tyreek Hill is a fast, fast man. Denver Broncos head coach Vic Fangio called him the fastest player he’s seen in the NFL, comparing him to Bo Jackson and Deion Sanders. There are a couple of noteworthy aspects to Fangio’s comments. First, this is a coach who’s been around the NFL since the mid-1980s. So, he’s seen thousands of players up close. Secondly, mentioning Hill in the same breath as Jackson and Sanders is pretty amazing. Though, anyone who has watched this guy embarrass defenders knows Hill has cheetah speed. Fangio’s Broncos will try to slow down Hill and the Kansas City Chiefs this Sunday, with their scant playoff hopes hinging upon success.
mehr auf yardbarker.com

Ja’Wuan James: We can’t live in fear, but we must make conscious choices

Right tackle Ja&#039;Wuan James became the second member of the Broncos to opt out of playing the 2020 season. James confirmed reports of his decision by releasing a statement via his Twitter account on Monday. James noted that he has a newborn at home and has seen a family member hospitalized due to COVID-19 already [more]

The team is counting heavily on a QB with 5 games of NFL experience. He did play well in those 5 games and now has an improved supporting cast.

The Minnesota Vikings signed general manager Rick Spielman to a multi-year contract extension on Monday, the latest move toward maintaining continuity among the club's key leaders.

The U.S. Naval Special Warfare Command is investigating an incident at the National Navy SEAL Museum in which the target of a military dog demonstration is wearing a Colin Kaepernick jersey, according to the agency's Twitter account.&#160;&#160;&#160;&#160;&#160; &#160; 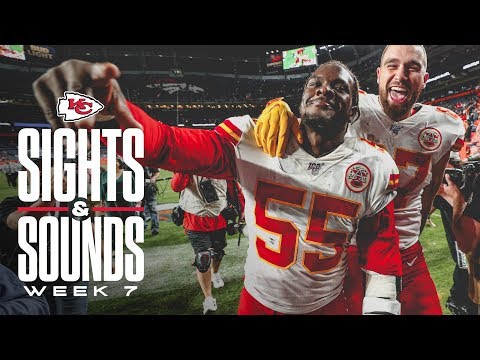