Are slumping Patriots down and out or still formidable?
yardbarker.com
Yardbarker NFL writers Mike Tunison and Chris Mueller address the hottest issues in the league every week. This week's topic: Are the Patriots more vulnerable?   Mueller: The previously unthinkable is plausible. It may be time to count out  Touchdown Tom and the Patriots, who finally look mortal. Full disclosure: I thought this was just a phase that would pass. That was 17 days ago. It has not passed.  New England (10-3) is so bad offensively that it can’t even take advantage of bad defenses. Houston is so poor in the secondary that it was torched by Denver rookie QB Drew Lock for 309 yards and three touchdowns in Week 14. The Texans rank in the bottom third of every significant statistical category against the pass. Yet in Week 13 against Houston, Brady had under 100 yards passing with five minutes left in the third quarter. In New England's Week 14 loss to the Chiefs, Kansas City, 25th in total defense, harassed and harangued him into a terrible performance. In his past six games, Brady has completed more
mehr auf yardbarker.com

Rather than let the quarantine life get Watt down, he’s found a way to maximize the time at home as he prepares for his 10th NFL season.

Deshaun Watson on his future: I’m locked in on being a Texan

Some people took up baking while spending extra time at home during the COVID-19 pandemic, but Texans defensive end J.J. Watt spent his time a different way. Watt said that the quarantine time left him with &#8220;literally nothing to do but work out every day&#8221; and he took advantage of that opportunity to get his [more]

The Minnesota Vikings signed general manager Rick Spielman to a multi-year contract extension on Monday, the latest move toward maintaining continuity among the club's key leaders.

The U.S. Naval Special Warfare Command is investigating an incident at the National Navy SEAL Museum in which the target of a military dog demonstration is wearing a Colin Kaepernick jersey, according to the agency's Twitter account.&#160;&#160;&#160;&#160;&#160; &#160; 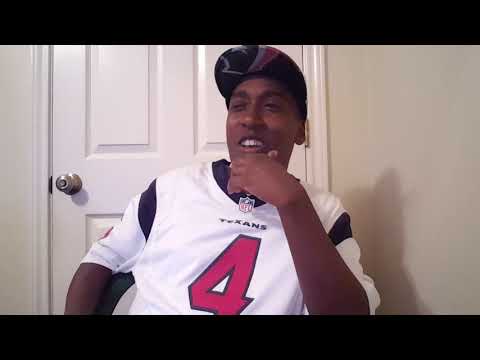