A Bad Omen For Nadal's Opponents: 'I Am Confident'
atptour.com
Almost two months after his quarter-final loss to Stefanos Tsitsipas at the Australian Open, Rafael Nadal shared his confidence ahead of his return to action at the Rolex Monte-Carlo Masters.The 11-time champion will be competing in just his second event of the year after recovering from a recent back injury. But despite his lack of match practice, Nadal is entering the clay-court ATP Masters 1000 event with a positive outlook on his game.“I am good. Honestly, I am confident. I am playing well,” said Nadal. “I [have been] practising well [during the past] couple of days here in Monte-Carlo before the tournament starts. I feel ready.“It’s true that I didn’t play much. At the same time, [it] is true that I had good success in the past without playing much. My mindset is the same as always. I just try to be ready… Going day by day. Tomorrow, [I have] another practice. I [am] just trying to be ready for the first match.”Nadal will aim to compile another memorable run of results during this year’s European clay swing. The 34-year-old owns a 71-5 record in Monte-Carlo and is bidding to capture a 12th title at a single tour-level event for the second time. Nadal owns an all-time record 13 titles at Roland Garros.“I love to play on clay, but I love to be here, [and at] Barcelona, Madrid, Rome [and] Roland Garros,” said Nadal. “I love these events… I will have the chance to play in places that I know very well, places that I have a great story with [at] every single event. For me, that’s important. [I am] just happy to enjoy another experience, another opportunity for me to compete in these historic places of our sport.”The 20-time Grand Slam champion is not the only Nadal making his return to the ATP Tour this week. Nadal’s uncle and former coach, Toni Nadal, has travelled to the Principality this week as part of #NextGenATP Canadian Felix Auger-Aliassime’s coaching team.“Toni has a lot of experience,” said Nadal. “He knows a lot about this sport. He has all the knowledge that somebody needs. I am sure that [is] going to be an important help for Felix.”Ahead of the 2021 ATP Tour season, Auger-Aliassime spent more than a week training at the Rafa Nadal Academy by Movistar in Mallorca. Nadal believes his uncle’s presence in Monte-Carlo this week will not only help the Canadian, but also himself. Toni Nadal ended his role as coach of his nephew at the conclusion of the 2017 ATP Tour season.“I am happy for Felix. [It] is going to be a good support, [to] have a great coach like Toni next to him," Nadal said. "[I am] happy for myself, too. I am happy to see my uncle here, see him here, spend time with him here on the Tour again. That’s a positive thing.”Nadal may get to spend more time with his uncle off the court this week, but he will be fully focussed on the task ahead. At one of the most successful events of his career, the five-time year-end World No. 1 will be keen to make his mark in his opening clay-court event of the year. Nadal will begin his 17th campaign in the Principality against Adrian Mannarino or a qualifier.“[I] arrive [at] an important part of the season for me. I think I did the right work to be ready, so let’s see,” said Nadal. “[I still have] a couple of days of practice here, but [I am] happy [with] the way that I am playing.“For the moment, my body is in good shape. I am excited about playing here in Monaco again, Monte-Carlo. As everybody knows, [this] is one of my favourite tournaments without a doubt. I love being here.”
mehr auf atptour.com

Frances Tiafoe: Pretty legendary to have Rafael Nadal in Washington

Nadal, 34, set to make his debut at the Citi Open in Washington.

'Having a player of Rafael Nadal's calibre here is pretty...', says ATP ace

Australian Nick Kyrgios has accepted a wild card into the National Bank Open Presented by Rogers, Tennis Canada announced Wednesday.This will be the seventh time the 26-year-old has competed in Canada&rsquo;s ATP Masters 1000 event, where he owns a 5-6 record.&ldquo;I&rsquo;m really pleased to be playing in Toronto this year,&rdquo; Kyrgios said in a statement. &ldquo;I&rsquo;ve always enjoyed my time in Canada and have great memories of playing there. Hopefully I can play well and put on a good show for my Canadian fans.&rdquo;At Wimbledon, Kyrgios played his first tournament outside Australia since February 2020 in Acapulco. The World No. 77 has since played in Atlanta and Washington. He is 7-5 on the season.The National Bank Open Presented by Rogers will be held from 9-15 August in Toronto. The tournament alternates between Toronto and Montreal. 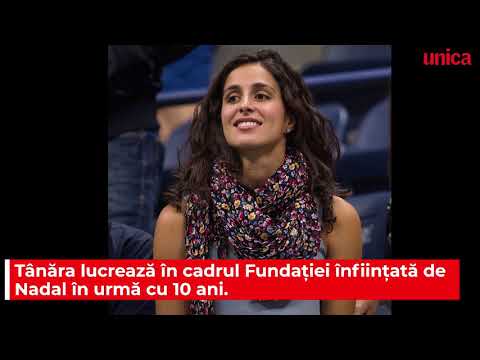